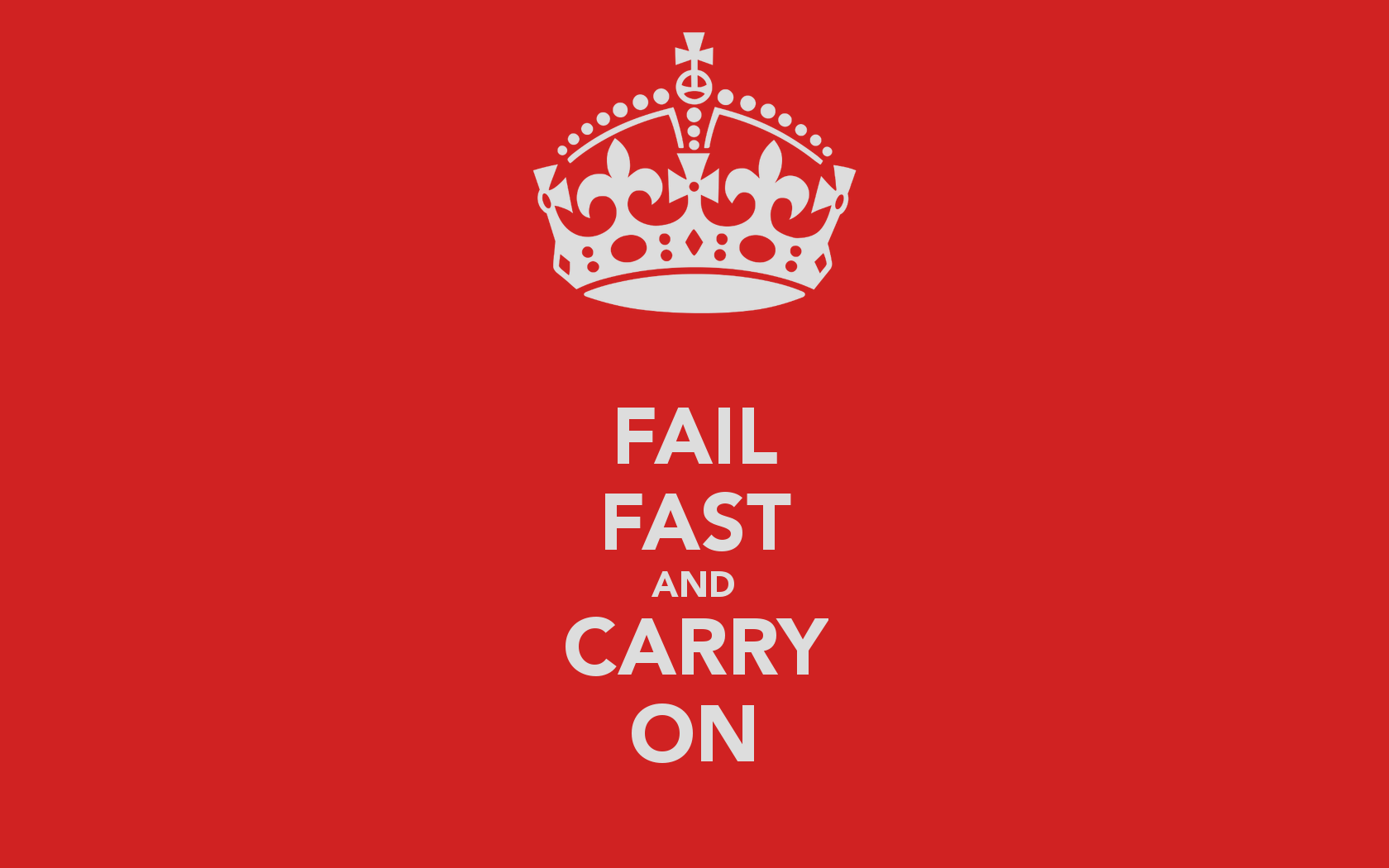 I’ve mentioned that before I went to law school I had a career in information systems technology. I worked for about nine different companies – mostly because the original company that hired me merged once or twice or three times while I was there – during the Dot.com boom and bust of the late 90′s and early 2000′s.

We had a motto back then: “Fail fast, fail often.” In the tech sector, there is an emphasis on staying ahead of the curve because the first to market with new technology is usually the winner. When was the last time you updated your Google+ profile? Yeah. I thought so. That’s because Facebook and Twitter occupied and dominated the social media space before Google got its social media offering off the ground. But to get there, social media as a whole had to fail a few times. Remember Blogspot? Or MySpace? Facebook and Twitter evolved from those early social media platforms and learned from their mistakes.

In other words, great success comes from what you learn from failure. Fail fast, fail often, and you will succeed in the end.

So what does that have to do with the practice of law? Plenty!

The legal industry is going through some pretty rapid evolution these days. BigLaw experienced a downturn after the 2007 economic crisis. Law schools have been turning out more new lawyers than there were new jobs for lawyers for over a decade, and in-house jobs are pretty scarce. That has led to more small firms, even in practice areas that used to be exclusively BigLaw. At the same time, the legal technology sector has boomed. The demand for cloud-based practice management, legal research, document production, accounting, and billing services has soared. Website development for law firms is a growing niche among marketing firms. You no longer need anything besides a laptop and an Internet connection to offer the same level of service as a BigLaw competitor. In fact, many small firms find that their biggest competition isn’t the law firm down the street but online services that offer lower-cost alternatives to hiring a lawyer at all.

The practice of law is experiencing the same kind of innovation and development that the tech sector was in the late 1990′s. If you want to succeed as a lawyer these days, you need to learn how to quickly bounce back from failure, and you need to learn from the failure of others.

If something isn’t working, do anything else. I don’t mean that you shouldn’t be smart about it. But if a system in your law practice isn’t working for you, why keep doing it that way?

If you aren’t attracting the clients you want, change your marketing approach to target your ideal clients. If your legal assistant isn’t getting the job done, fire them and hire a new one. If something worked yesterday but doesn’t work today, then it needs to change.

Learn to fail faster, adjust and move forward. Lather. Rinse. Repeat. Before you know it, you’ll be succeeding faster than you fail.