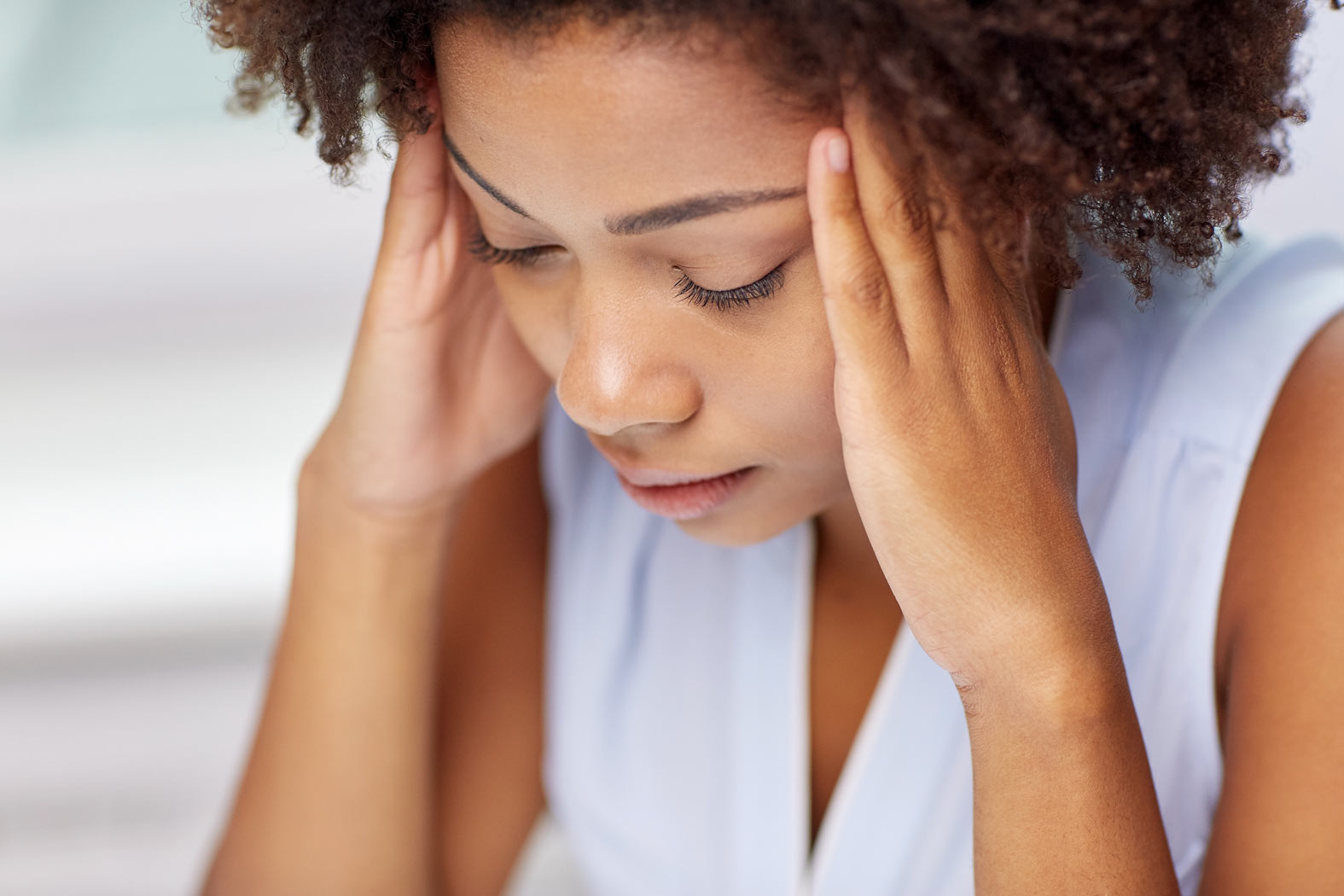 I’ll just come right out and say that this blog post was difficult to write.  Certainly, a lot more difficult than I thought it would be when I suggested to Solo Practice University that I write it.  I blame online entrepreneurship.

As you can see from my previous posts on SPU, I love online entrepreneurship for so many reasons.  I believe that as a solo, the internet should be your friend, and one of the tenets of that friend (the internet) is being vulnerable and authentic as you share what you know to help others.  I believe in this tenet.  I started my online legal practice because of this tenet.  I wrote a post on SPU about being single as a solo because of this tenet, and I still have people reaching out to me today because of it.

So as I come out the other side of my first major depressive episode, an episode that lasted for a little over a year,  I thought that I should write about it because it might help another lawyer feel less alone.  And it’s clear that we lawyers, need to talk about mental health.  Here are some staggering statistics for you:

But that’s still not why this post was difficult to write.  It was hard because of who I am professionally – a young, African American, female attorney in the United States.

Presumably, being young means that I have a lot of years left to live, and those years need to funded by me in some way.  As I write this,  I do not know how admitting to a mental health issue will affect my steady flow of cash or my career.  Because I am an attorney,  for the most part I am risk averse.  We are trained that way.  We evaluate all the risks and try to take the safest route.  However, a risk averse nature and vulnerability do not play in the same sandbox.  The only way to put yourself out there is to put yourself out there. You leap without a net.

Finally, I am an African American woman. Growing up as a minority in America, you learn from a very young age that you only have one shot at success. You work twice as hard for half as much.  So if you want the whole pie, get ready to work 4 times as hard.  Even though I had a typical middle class, two-parent upbringing; my odds and this ratio (twice as hard for half as much) do not improve.  This isn’t the case for the majority in the U.S.  If you do not believe me just look at Robert Downey, Jr.  Today, he is Iron Man, the head of a multi-billion dollar entertainment machine.  In the 90s and early 2000s, he couldn’t get insurance to work as an actor on a film because of his past problems.  Did he deserve a second chance?  Yes, of course, everyone does.  It’s just that as black people we do not get second bites at the apple.  You get one.

My point, here, is I’m not sure how talking about my experience with depression will effect my chances at future success.  I don’t know how mental health and depression fit into the “one- shot” equation.  Can a black, female, lawyer talk about depression and still make it?  I hope so.  I’m taking my chances on the online entrepreneur, progressive mindset of things.  You know, leaping without a net. So here’s what happened:

In 2015, I left my job as a prosecutor to start my entrepreneurial venture – a solo legal practice.  I was excited and terrified; however, entrepreneurship is part of the new American dream.  The dream that says, as long as you have an internet connection and a social media network, you can make any business work.  I wanted in, and past performance taught me that if I worked hard, I could accomplish my goal.  So in the early days of my business, I worked non-stop, and I loved it.  I was excited and eager, and my hard work paid off quickly. I found clients, took consulting work, and learned more and more about business.

Then, almost one year into my new venture, I started to feel extremely exhausted.  This wasn’t normal exhaustion. It was overwhelming and consuming. No matter what I did, I was just always so damn tired. I started laying in bed a little longer, then all Saturday, and then for entire weekends.  I no longer slept through the night and woke up between 3 am and 4 am almost daily.  I began crying every morning.  I cried about not being where I “should” be in life.  I cried about feeling alone, and I cried because I didn’t know why I was crying or felt so bad.  I thought the exhaustion caused the crying, so I was in a constant fight to get more sleep.

Also, around this time, I started to procrastinate with everything. The simplest tasks became so arduous and confusing that I couldn’t get anything done.  At one point, I remember that I needed to mail a letter.  The mailbox was on my daily route, but I couldn’t seem to put that letter in the mail.  Every day, I looked at the letter on my desk, and every day it felt too overwhelming to mail it.  I cried about that letter most days too.  I cried about how it was a symbol of how secretly incompetent and worthless I was.  I started to have irrational, worrisome thoughts.  Thoughts that did not make sense to me and that I had to work to keep away.

Despite these symptoms, I still did not recognize that I was depressed.  I had never had a real conversion with someone about depression.  Sure, I’ve said I was depressed after a breakup or death, but this was not that.  I truly thought I was happy with the current state of my life and work.  It didn’t make sense.  Also, as a lawyer I was accustomed to dealing with anxiety- provoking and worrisome situations.  I just thought that I need to push through, maybe go on a vacation and eat a healthier diet.  I bought self-help books on productivity, went on a diet, and joined CrossFit.  Nothing worked.

Then I thought there was something physically wrong with me.  Clearly, I had a brain tumor.  I sought out physicians, but I didn’t tell them about the crying or sadness.  “I’m just tired,” I told them.  I didn’t know how to start that conversation about depression.  I didn’t have the language.  Black women are socialized to be strong and persevere.  You’re allowed to express anger, be outspoken, or outrageous, but sadness, hurt, shame, there are no outlets for that for us.  I just kept thinking, “black people have been through slavery and Jim Crow, and I’m over here feeling sad.  Surely, I can get over this.”

Then one day, I broke in front of one of my best friends. The details of the breaking are still quite embarrassing, but breaking is the best word for it.  She worked for a health rights organization, knew the signs of depression that I had been hiding, and helped me to face the illness that had enveloped my life.  I prioritized my health, found a therapist, talked to my very supportive family, and just stopped doing – my practice, my commitments to things and people, all of it.  It was hard, and I felt guilty.  Because there are no outward signs of mental illness, I didn’t know how to tell people I was sick.  If I had a physical illness, people would understand that I needed time to focus on my health.  They would tell me to take care of myself.  They would send cards and baskets.  Depression is not like that.  There is a stigma.  There are whispers.  It’s frightening.

Today, I’m feeling better and stronger because of the work I have done to unpack my depression, but I still wonder if I’ll make it.  Will the depression come back?  Will I be able to achieve as I did before?  Will I make it because I’ve had this detour from the path?  I’m still not sure.  I do know that I am proud of myself for stopping to address my problem.  I know many lawyers who did not.  They just kept going and ended up with alcohol or drug addictions, gambling problems, failed relationships, and disbarments.  So my hope is that anyone who sees themselves in this post will just stop and talk to someone.  Cancel whatever you have tomorrow, get support from the people that love you, and do what you need to do to heal.  You’re not alone or damaged.  According to the statistics, you’re just like so many of us – a lawyer suffering from depression.

One comment on “A Conversation About Lawyers And Depression”