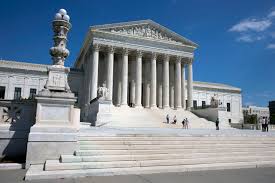 Shakespeare said it best. In reference to a plot to seed anarchy, Dick the Barber says, “The first thing we do, let’s kill all the lawyers.” In other words, the lawyers are what stand between the Rule of Law and utter lawlessness.

There are winds of change blowing. A new President and Congress have taken over. Not everyone is happy about it. Whatever your political stripes, know that this is not about politics. It’s about pride in our profession. Lately, there has been a lot to be proud of.

Protesters have been marching. Already, more than 50 lawsuits are pending against the new Administration. The President has shown open contempt for the Judiciary. Even so, you have to admit that it is quite the non-spectacle: an orderly transfer of power from one Administration to the next, peaceful protests, courts stepping in as needed, and civil servants that keep going to work every day.

No military coups. No riots. There hasn’t even been a disruption in mail services. There is generally a respect for law and a sense that, no matter which side comes out on top, everything is going to be OK.

We did that. The lawyers.

We sometimes forget that we are agents of the courts, stewards of the law. We get wrapped up in representing our clients and we forget that we are also the defenders of the Constitution. Without the lawyers, it all falls apart. You can’t have a society that lives by the Rule of Law without us. We stand between our society and anarchy like soldiers on any other battlefront. We will hold the new Administration’s feet to the fire, as we have done historically with all the previous Administrations. We will challenge the laws made by the new Congress just as we have tested our nations’ laws for hundreds of years. And lawyers – nine of them (eventually) – will continue to decide what is and is not within the constitutional authority of the government.

Our chief responsibility, right there in the oath we all took when we passed the Bar, is to defend the Constitution.

America is taking notice. Columnists from Bloomberg to Forbes to the New York Times have discussed the important role lawyers play right now.  Protesters chanted, “Let the lawyers in!” at immigration rallies. The President’s approval numbers may be abysmal, but our stock is rising.

There are those who predict that our form of republican democracy is dying, that we are moving into an authoritarian and autocratic phase of government. But I don’t believe it. I know the lawyers who will be fighting to preserve our way of life. They are heroes.  And so are you.