I’ve been practicing law now for over ten years. I started out working at Big Law, and that wasn’t for me. And then I started a firm with a partner, and that didn’t work out either. Then I went solo, and that’s where I’ve spent the majority of my career. From working out of my home by myself to a brick-and-mortar office with two employees, for more than six years, it’s been Just Me, Esq.

Until now, that is. On September 15th, I welcomed Attorney Davey Jay to my firm as a shareholder.

Imagine calling up your buddy, Elton John, and asking him if he knows anyone who can play piano at your wedding. And then imagine if he says, “I’m free that day!” That’s pretty much what happened.

Davey is a bona fide legal rock star. She’s been practicing Entertainment Law for a decade, teaches entertainment law at a local university, and is President-Elect of the Entertainment and Sports Law Section of the Florida Bar Association. And I went to law school with her. We have been referring cases to each other since we passed the bar exam.

So when I posted on social media that I was thinking of hiring a law clerk, and Davey messaged me to say, ”Why are you looking to hire a clerk when you could just as easily steal an attorney from another firm to make you more money?” I responded with, “Because I can’t afford you!” To which she replied, “You’ll never conquer the world with that attitude.” 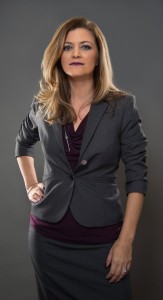 So I took her to lunch, pitched a proposal her way, and we started negotiating. That makes it sound like it was easy. It wasn’t.

I have come a long way with my solo practice. I’ve built a solid reputation that was hard-earned. My money is all tied up with my business. And I like being in control. Giving up a piece of my firm took some soul-searching.

First and foremost, it was time. I had already come to the conclusion that I needed to increase my firm’s bandwidth. If my business continues to grow, I can’t be the only lawyer working here. We need more hands. And Davey was ready to be more than an associate at someone else’s firm.

Second, it’s fun. I can’t imagine anyone I’d rather spend my workdays with. We have had a long friendship and working relationship – thirteen years, counting law school. I know that her work product, her work ethic, and her moral character are all impeccable, and that’s great. But we make each other laugh like an old married couple, and that’s priceless.

Third, it makes sense. She does business transactions with an emphasis on entertainment law. I do business transactions and litigation. It’s not like we added adoption law to the mix here. And when it comes to the business side of things, she’s level-headed and realistic. Even our marketing styles play nice: rebranding the firm as “Meehle & Jay” has been painless.

Fourth, the numbers work. We did our due diligence, so we were both aware of what we were getting into. We even know each others’ credit scores. Adding Davey’s practice to the mix means almost doubling our revenue next year without doubling overhead.

Fifth, and finally, I’m ready to have a partner again. I wasn’t for a long time. First I was grieving the death of my business partnership. Then I was focused on building my solo practice. Then I was just trying to manage all of it myself without going crazy. Now, I’d like to actually enjoy being a lawyer and owning a firm.

Davey came into my office the other day and asked me if there was anything with which she could help me saying, “You know you don’t get a medal for doing it all by yourself!” And she’s right. It’s time for me to be a small firm lawyer again. 3 comments on “Partnership to Solo Practice to Partnership – This Time Doing it Right.”