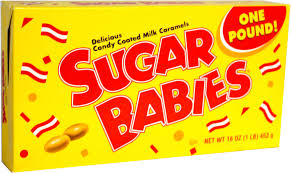 “Meet the law graduate who used SUGAR DADDIES she met online to finance her entire $50,000-a-year education.”  This is the headline that made all the rounds last week.  It’s provocative and created a lot of conversation.

This article clearly is provocative.  There is no doubt. But it’s not linkbait, as someone suggested .  It is a story which is multi-faceted and highlights issues not unique to Candice K. but her name is now forever attached to those very issues.  And I’m writing about them on the Solo Practice University blog so we can discuss these issues with you (in the comments) because they are worth discussing.

In summary, Candice, although she got scholarship money to go to Villanova, chose to fund the remaining tuition challenges with ‘sugar daddies’, men (or women) who provide ‘salaries’ for companionship, companionship being defined by the two parties.  So, for us to guess or assume what that means is irrelevant except to a small group of people we will discuss later.  Now as she graduates, she is basically debt free, her education paid for by her choice of work.

Clearly, scholarship money not being enough and going into debt for hundreds of thousands of dollars not being her preferred option for financing her legal education, she chose to work.  Her choice of work gave her the income she needed to meet her tuition obligations, probably numbers she could not have gotten through other part or full time work while attending law school.

On our Facebook page we got all kinds of reactions:

“Some of my law school classmates engaged in much worse illicit activity to pay for their law education. They just weren’t open about it, ’cause, you know, it was illegal.”

“I think there’s a difference between a woman who has an older boyfriend who helps out now and then and someone relying on the boyfriend to pay their tuition and support them. The first is common, the second is not. I agree with K that going public with it is an incredibly bad move. And while that was my initial reaction, doing it for law school is very dangerous to the young lady’s career.

“My only concern for her is her future career. Women attorneys already have a very rough go in the industry, and having her face and her decision in how to fund her education (out there) will likely tarnish her reputation. Rightly or wrongly.

“Thinly veiled prostitution is a really bad choice. Going public with it is an even worse choice. Who would hire her now? How is she going to have any professional credibility?

“I can think of DC firms that would be perfectly comfortable with this. I see a great career as a lobbyist.”

Are you seeing a common concern? While most commenters kind of have a ‘don’t ask, don’t tell’ philosophy, in this day and age to go public about it, especially in the legal field, seems dangerous to one’s career opportunities.

But I have other concerns.  She just graduated.  She hasn’t taken the bar exam yet.  What happens after she passes the exam and it’s time for her to complete the character and fitness portion of her application to see if she meets the qualifications? What will the bar overseers do with this article now that it is a very public and very permanent record of her life during law school? How will they feel about her attitude about her decision to use Sugar Daddies to finance her education and then to make it public?  Will they feel compelled to reject her application by judging not only her decision on how they perceived she earned money but her decision to go public with it, too? Will they ask her to be contrite, admit it was a mistake and ‘repent’? If they reject her does she have a lawsuit?  This is why I question the timing of her decision to go public about such a personal choice and knowing it is forever part of her digital history.  And all of this is a personal choice.

It also makes me question the cost of an education and the entire student loan system.  Will we see an increase in young women (and men) choosing this route just to get an education without ransoming their entire futures (because it has already existed as a financing choice forever)? It’s an important question to ask.  I also wonder if Ms. K thought through all the ramifications given her choice of profession?  While she may be progressive in her attitudes and others may support her choices, she’s entering a very uptight profession populated by many puritanical people who will be judging her ‘fitness’ to move forward.  And even if they personally have no issue with it, there is a public face to their decisions which will meet with scrutiny, too. Not everyone believes in ‘live and let live.’

Then, let’s say she manages to run the admissions gauntlet successfully.  What happens when she interviews for employment and a simple google search reveals this background in addition to her qualifications?  Every interview, if even gotten, will start with judgement, rightly or wrongly, just by virtue of it being out there and needing to be addressed. What about when a potential client google’s Ms. K as their potential lawyer?  Will this influence whether or not she is retained…unless she develops a niche to represent women and men who are in similar situations and finding they are being discriminated against in some fashion? I’m just wondering how much thought was put into her public revelation? But, maybe she jumped in front of a situation, too.  Maybe someone was threatening to share the information against her wishes so she just wanted to spin it in her favor.  I have absolutely no idea.  I just know that regardless how and why it became public, having this information forever available online will influence her life and there is no way to know which opportunities come to her because of it and which opportunities will be lost because of it. What do you think?