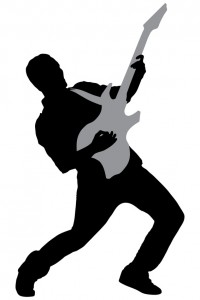 When I first started practicing, there was an up and coming personal injury rockstar in our jurisdiction.  He worked for a well-heeled law firm and the law firm was getting so much referral business because plaintiffs wanted this lawyer to represent them. Other lawyers wanted to refer to this lawyer because they felt it was money in the bank.

His reputation just kept growing and growing. Why? Once he was in front of a jury, he won. And he won big. He simply was ‘the man’.  (In 15 years he has only lost 3 trials; in the past 10 years, he’s never lost at trial.) So, as soon as you had a case and the insurance company heard he was on the other side the settlement numbers immediately shot up until they landed on the moon.  And the insurance companies were happy to settle so he didn’t reach for the stars.  But if they forced his hand, then he landed on the stars for his clients.

He subsequently opened his own law firm, built it up and took on very serious, serious multi-million dollar injury cases, always donating 10% of the fee collected to the plaintiff’s charity of choice, and unusual litigation cases.  As I noted before, in the last 10  years he has not lost a case and in each case he tried he has received jury verdicts equal to or exceeding what he asked for from the jury. Recently, he was responsible for two of the largest verdicts delivered against police departments nationally and two out of the top 30  verdicts in the country. Unfortunately, his professional weather forecast changed and he entered a period of storm clouds unrelated to law but temporarily impacting his legal career.  It’s suggested that the reason the storm clouds lingered were political because of his position in the city where he practiced, but he subsequently did leave the firm he created and took a breather.  He even left the jurisdiction. But then the plaintiff’s world got him back for a short while because he was a very, very smart man.*

He became the trial lawyer you call just before that big mediation or trial to ensure you get the best economic result for your client and priceless peace of mind for yourself as the originating attorney.

He developed a business model to become the personal injury lawyer’s lawyer.  The personal injury lawyer new solos or less seasoned lawyers could call to work on their case.  And this is the key.  The lawyer’s don’t give up their cases or the credit for representing the client.  If necessary, he will even finance the trial costs 100%.  In 99% of these situations, he will never earn a fee greater than the originating attorney (unless he finances the case 100%)

The concept behind his new practice was that he didn’t get involved until it is was reasonably clear that more fire power was necessary to extract a fair settlement or verdict. This meant he would not take a case unless it was already scheduled for trial or there is a conflict.

Instead originating lawyers could use his services at the exact time it best suited them and their client. This could have been prior to the first formal mediation, or it may have been after that mediation failed and they need a skilled trial lawyer and the capital necessary to try the case.

In either event, the fee structure was always based on the added value provided and not on a fixed formula which is normally the case.

What this meant is that new personal injury lawyers could have some peace of mind if they felt competent to handle the beginning stages of a personal injury case but hit a snag, knew they needed help but didn’t want to feel compelled to simply turn the case over to another lawyer.  Truth is new solos are trying to build their practice and want to keep the clients and the referrals which will stem from a successful resolution.  This type of arrangement allowed the less-seasoned personal injury solo to take on cases with confidence they had very experienced counsel to work with when the time was right.

By creating this unique referral based firm for injury cases, he didn’t have to take the lion’s share of a fee and handle the case from inception. He helped lawyers handle the case themselves for a more modest fee. He also handled the trial of any case if a fair value offer had not been made. He made himself available on days notice for trial work. The original lawyer kept the full fee on any offer made before referral and if there was a subsequent settlement or verdict after referral, the lawyer still got all public credit.

The goal is to build up the practices and revenues of the lawyer who originally brings in the case. Immediate referral of cases can cause loss of client loyalty, additional fees, and any chance to increase the visibility of that firm.

And I can vouch for this approach.  When we were first starting out, we actually contacted this lawyer while he worked at the well-heeled firm.  We didn’t want to hand over the client and we wanted to learn how to do the work.  We brought him in when we started to get jerked around by the insurance company.  He worked with us, guiding us, educating us.  We never turned the client over.  However, as soon as we brought him in officially, the settlement offer went up from $25,000 to $250,000.  He worked with us for a much lesser percentage.  Once it officially entered settlement negotiations he took the lead and took a slightly higher percentage.  If it went to trial, he would take an even higher percentage but he never took more of the fee than we would receive.  It didn’t need to go to trial. And we got all the credit with our client for the settlement.

Now this may sound like a relationship you could have with any lawyer or of counsel.  Not true. Not every lawyer has turned this into a business model and made it the sole basis of their work. Not just any lawyer would set up this type of fee structure. Generally, any lawyer you know already has their own practice looking to be the originating attorney. If a referral works for them and you can talk with them, maybe they’ll take the case on and they’ll take a big slice of the pie. You might even lose your client or subsequent referrals. The big difference with this model is you didn’t need to have a preexisting relationship with this lawyer. You didn’t have to go into a case not knowing who to turn to if the work pushed you past your comfort zone or impinged on the client’s best interests.  You’re weren’t going to have to turn down a case because you couldn’t  finance the case.  You simply called this lawyer on a dime because this is all he did.  And he did it masterfully.

But more importantly for you, you got a masters class in mediation, negotiation, and trial technique.  Priceless.

Question 2: How many new lawyers or less-seasoned lawyers would like to have an attorney like this in their corner?

*( I say ‘short while’ because I’m not 100% sure of his current situation and he did not respond to my email which is also why I’m not disclosing his name.)