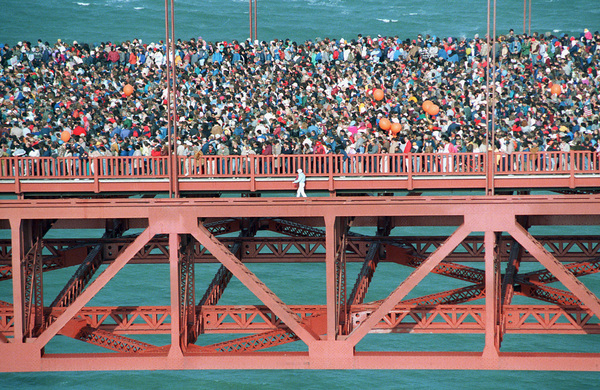 This post follows up 80% of Americans Can’t Afford Your Legal Fees.

And to underscore the gravity of the first post, this recent article came home to drop the boom on the global economy overall.  Yes, while the rest of the 99% of the world saw just a mere five percent of the post-recession income increase, the number of billionaires world-wide doubled.

I did, however, promise there would be light at the end of this blog post.  It might not be a bright enough light for many of you, maybe not bright enough to justify your legal education or student debt load.  But if you’re in the legal space and planning to stay here you should actively turn towards this particular arc of light and see how you can incorporate.

We’re going to talk about the a few of the new bridge-builders, the companies that are functioning like Japanese fishing trawlers with their marketing reach (and investment dollars) sweeping the many oceans for consumers with legal needs.  These companies know that in order to insure their own survival and deliver on their promises to legal consumers (and their investors), lawyers have to not only survive, but actually thrive using their platforms.

I know many of you will not initially look upon these companies as beneficial to the profession.  But in today’s economic and technological climate, they actually are.  You may also say they have their hands in your professional pockets and they might be in their capacity as middlemen.  However, they are addressing the Grand Canyon-sized gap between lawyers who want to provide legal services and the latent legal market who desperately need legal services, the very gap few lawyers have been able to bridge on their own. And they collect a toll for their service.

Who are the Bridge Builders?

You may have heard of one or two or all three of the companies I will discuss. Some have huge investment dollars, others bootstrapping it.  But each lend a unique value to the legal space and you should consider incorporating one or more platforms if their vision, ethics and toll structure work for you and your practice.

The newest service on the block (but certainly not new to the legal profession) is Avvo Advisor. Avvo Advisor is not introducing a new concept, the ‘legal dating service’, but they are introducing it on a massive scale after becoming the defacto online lawyer directory and lawyer Q & A site with many more millions behind it than others you may or may not have heard of. (How many are familiar with Pearl.com with more than $50M in investment dollars and which has a large paid lawyer Q & A segment?)  Avvo’s dating site charges the consumer $39 for a fifteen minute consult with a lawyer – a lawyer who is guaranteed to be talking with you about your legal problem within fifteen minutes of the consumer providing their credit card information.

One question I had for Britton was about the cost of the service. As I reported earlier, a participating attorney is notified via text when someone purchases a session in the attorney’s state and practice area. The attorney responds to the text to claim the session, then has 15 minutes to initiate the call.

Once the call is finished, the entire $39 fee is deposited to the attorney’s account, so that there are no ethical concerns about fee splitting. But I had also read that Avvo is charging lawyers a marketing fee from the $39.

According to Britton, Avvo is currently taking no fee out of this transaction from either party, the consumer or the lawyer. All of the money that the consumer pays goes to the lawyer.

Bob Ambrogi does an excellent job of reviewing Avvo Advisor so there is very little I can add to his succinct overview other than if the service is available in your state, while it remains free, certainly explore it.  Are there going to be some bumps in the dark as lawyers grumble, rumble and try to attack the model?  Sure.  What big kid on the playground doesn’t get attention and taunts? But this year they are committing tremendous time and dollars to becoming a household name to consumers in order to gain as much aided brand awareness amongst these same consumers as Legal Zoom has earned over their past decade or more of advertising. (We’ll discuss in a minute).  With this type of commitment, the ability to help funnel business to lawyers will increase dramatically.  But you pick up one, two, or four a day, even every few days, your rent is met and you have breathing room to continue doing what you are currently doing to develop your solo/small firm practice.  You can even start generating referrals if you can’t ultimately help that $39 consult or develop a relationship whereby that initial consult refers you business simply because you impressed.  But to my original point, in order for Avvo Advisor to succeed they have got to keep their participating lawyers happy or those very same lawyers will go to other platforms who offer a similar ‘dating’ service with fewer competing lawyers.  And these sites are cropping up.

Not to be outdone, LegalZoom just announced their partnership with Sam’s Clubs.  I’ve been waiting ten years for some type of partnership like this to happen, whether Costco, Walmart, even Amazon.  But I promise you, this is just the first of many partnerships to come now that LegalZoom has released the Kraken.

LegalZoom, the leading provider of online legal solutions, has teamed up with Sam’s Club to offer small business members exclusive savings on legal solutions. In an effort to provide more Americans with affordable legal help for their families and small businesses, Sam’s Club and LegalZoom are offering Sam’s Club members a $299 suite of estate planning products with a year of independent attorney guidance and advice, and up to 25 percent off all other products.

‘A year of independent attorney advice.’ Bingo! LegalZoom has suffered in some ways from being known as a ‘forms company’ because at the end of the day, even DIY’ers want to know they can talk to a lawyer, even if it is just for reassurance they are taking the right steps. They still want a safety net. No form, as a rule, covers the unique circumstances of many consumers’ legal problems and this has always been a valid lament of those in our profession. And usually they lament the complexity of their practice area specifically, but no one else’s. But lamenting is not going to change what is happening. It’s here to stay.

What LegalZoom offers lawyers who are interested in being that ‘independent attorney’ is close to 70% aided brand awareness.  What this means is in a laundry list of legal providers, 70% of consumers will recognize the LegalZoom name.  As such, by going to a warehouse environment consumers frequent weekly such as Sam’s Clubs, odds are very high LegalZoom will capture clients to send your way if you are on their provider list.  At the time of this writing I do not know what is involved in becoming a provider of this ‘ year of independent attorney advice’ but if you are interested in this platform, you should inquire and see if the model will work for your practice.

Lawdingo is a very cheeky but serious startup also in the attorney/consumer dating business.  Not cushioned by multi-millions in investment dollars but not lacking funds, Lawdingo has been tweaking their model for a couple of years now predating Avvo Advisors with its connection service. Again, the very diligent Bob Ambrogi just released this review of the site.

Alternatively, if the consumer wants to skip the consultation and go right to retaining a lawyer, Lawdingo charges the consumer nothing and arranges for a lawyer to call the consumer within minutes. It is then up to the lawyer and consumer to decide whether to proceed and negotiate a fee. Any payment agreed on can be processed directly through the Lawdingo site.

There are discreet but important differences between the models but the speed of connection and the exchange of money for an initial consult remains the constant.  This is what we want to stay focused on. As to fee-splitting concerns, there should be some wariness but not fear. These models exist and will continue to exist and grow. At the end of the day, this fee-splitting issue will be carved out in away to appease the rules as it is already happening and to allow these platforms to flourish.

When these types of companies first came on the scene they were more a curiosity, an amusement, an annoyance, something for bloggers and journalists to ponder, criticize and minimize.  I did, too, but to a much lesser degree because I did see the potential value. I didn’t always like how the models worked or the (initial) approaches of the companies but I understood it was just a function of time and economics before they grabbed a foothold. But those days of curiousity are long gone. Investors have poured millions of dollars into seeing these companies succeed and based upon their longevity, the legal battles they have waged and won, at the end of the day the message is clear; they are here to stay and their footprints on the profession will only get larger.  It’s ultimately your decision if you want to participate in a calculated and measured way or close your eyes and hope you aren’t stepped on.

I’ll discuss more interesting companies and models designed to funnel business to lawyers in Part 3. They are lesser known, more nuanced, and either boot-strapped or have angels.  But they have the potential to build bridges between lawyers and consumers if the lawyer understands how to use these platforms properly.

2 comments on “Who are the 21st Century Companies Connecting Lawyers to Clients?”