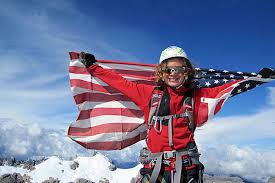 In a recent episode of The Good Wife (the story of Alicia Florrick, a ReZooming lawyer who works up the ranks as first a returning lawyer, then associate, then partner, eventually ditches that firm to start her own with a former colleague and then brings over a named partner from the firm Alicia originally left to create a mega firm), the lead character is asked to run for State’s Attorney by none other than Gloria Steinem herself.  Gloria Steinem is the Godmother of the Women’s Liberation Movement and the champion of women’s empowerment from the bedroom to the boardroom.

There was a discussion on Facebook started by none other than Carolyn Elefant asking why being the partner in her own law firm started from scratch couldn’t be the zenith of Alicia’s career?  Why couldn’t it be recognized for the impressive accomplishment it is?  Why did Ms. Steinem, as an icon of feminist activity, have to tell her she’s got to strive further.  In essence, her current position was not good enough. As a ‘good woman’ Alicia now basically owes it to everyone else and maybe even herself to go even further. Now, there was subsequent discussion as to whether or not this is what Ms. Steinem or the writers meant but that’s neither here nor there.  The issue really is this: when are you allowed to be satisfied with your accomplishments, allowed to enjoy what you have achieved and not be made to feel like it’s still not good enough or that you’ve not given enough?

Why does there always have to be one more hoop to jump through?  One more brass ring you should be trying to grab? Why are women, especially as solos, made to feel they always have to keeping running further along?  Why do women more often than not, have to apologize or be made to feel inadequate if they don’t choose to build a monument to their greatness, create a legacy practice, hire a whole law school graduating class?  Some do, I’m sure, and the profession is grateful. But why isn’t building a financially healthy practice and a lifestyle worthy of recognition by the profession or peers as being a major accomplishment, something to be proudly featured in their life’s highlight reel? Why does there always have to be another step? Now, many people don’t cave to external pressure such as this.  But a significant number do and they live with undeserved angst and restlessness.  Yes, at the end of the day it’s up to everyone to take ownership of their feelings.  But it would certainly help if the profession reframed its attitude as well.

For many solos, opening and succeeding with their solo practice is the top of their Mount Everest, the challenging climb just as arduous and the view just as magnificent. Let them plant their flag and enjoy knowing they’ve achieved great heights!

4 comments on “At What Point Can A Woman Feel Accomplished?”

Working Remotely Is Here to Stay. Now it’s Time to Reimagine How You Work Virtually – Guest Lecture with Jared Correia