Stay focused on this article for just five minutes. 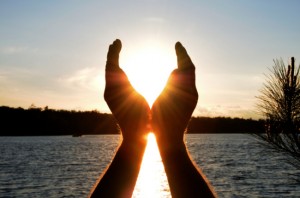 In a recent Time magazine article,The Art of Being Mindful by author Kate Pickert (Time Magazine. February 3rd, 2014 edition, pg. 40-46), I read about the benefit of mindfulness on people’s focus and success.  In the article, Ms. Pickert pointed to a number of studies, including one by the National Institute of Health, that showed American’s spent in excess of $4 billion dollars in 2007 on mindfulness training and alternative medicine.

She also described her own foray into the study of mindfulness.  Pickert participated in a eight week Mindfulness Based Stress Reduction (MBSR) program as the basis for her article. The MBST program she attended was based on the teachings of Jon Kabat-Zinn, an MIT-educated scientist.  Pickert found the practice of MBSR helped her employ techniques she needed to focus on one thing at a time.  She recounts that on her way home from the last meeting of MBST she didn’t turn her phone on until she arrived.  Her current mindful practice has her wearing a watch.  Why?  It keeps her from checking her phone for the time and thus limits her urge to check email, Facebook and Twitter accounts at the same time.

This article had me thinking about some of the struggles rezoomers encounter with focus on their way back into the Law.  We restart our career with many things weighing heavily on our minds, aside from rezooming.  Family responsibilities and commitments, updating our legal skill-set and having confidence in our abilities are only a few of the many pressures that immediately come to my mind as key issues that I personally struggled with as I rezoomed my own career in 2008.

In my experience, if a rezoomer were to take an MBSR class and learn how to focus on one thing at a time to its conclusion their rezooming pathway might be less stressful.  As Ms. Pickert states “Mindfulness is simply the giving of your full attention to what you are currently doing.”  How many rezoomers are able to do that?  The idea of separating what you are doing now from what you did before and what you will be expecting to do later will help focus your re-entry.  She said her mindfulness study trained her to appreciate the art of single focus and its value in seeing the broader picture.

Pickert’s article continued to outline the scientific value  of mindfulness.  It is no longer reserved for Buddhist monks and Zen practitioners.  Her Time article reported that Silicon Valley “has become the hotbed of mindfulness classes and conferences.”  Starting in 2009 with 325 attendees a popular mindful conference now expects more than 2000 people to attend this year’s event. Google has created it’s own in house mindfulness course called “Search Inside Yourself.”  Pickert states both courses are meant to provide attendees with “attention focusing techniques helping them free up mental space for creativity and big thinking.”

Pickert reviewed a study by Elizabeth Stanley, an associate professor at Georgetown University and Amishi Jha, a Neuroscientist from the University of Miami that examined the effects of mindfulness on US Marines in combat situations. An elite Marine combat group took part in a mindfulness program.  The Marines who participated in the program showed significantly clearer responses in serious situations than those who had not participated.  The study showed they had developed a marked difference in resiliency under pressure.  The Department of Defense was so impressed with the results of this program they awarded two $1 million dollar grants to Stanley and Jha.  The funding helps continue the investigation into the benefit of mindfulness practices in the military.  If Silicon Valley brainiacs and elite US Marines can benefit from attending a mindfulness course why not a rezoomer?

If you are unable to take the eight week course Ms. Pickert took and reviewed for this article, here are three key steps you can practice to become more mindful:

Putting these tools to work, even if you find yourself constantly distracted by the ‘ooooh shiny’ things in life, will help you become a mindful rezoomer .  Using individual task focus creates pathways in your brain to start slowing it down.  As you practice focusing you will find you become aware of when you drift off topic.  This provides you with the ability to recognize the drift and that you can stop and re-focus.  Actively choosing to refocus will make a huge difference in your presence as a rezoomer.

Rezooming attorneys believe most of what they do requires multi-tasking.  We feel we need to keep so many balls in the air as we strive to regain our footing in the legal world.  It is just the way it is.  I hope this article, with its studies, statistical support and personal experiential information helps debunk this belief.  Practicing mindfulness is easier to employ than you may have thought.  Its use could encourage us to stop and think about doing one thing at a time to completion.  We could learn how to be fully present and give 100% of our effort to each task.

If it works for the US Marines, Silicon Valley executives and Google employees, isn’t it worth a try by rezooming attorneys?  I believe it is.  Now get out there and focus.

(If you read this article through with full focus and attention, no multi-tasking or interruptions, you are capable of mindfulness.  Congratulations!)