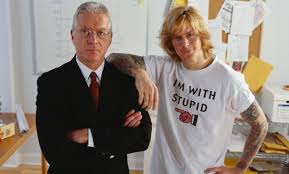 Currently, my husband and I are ‘the clients’ in a lawsuit stemming from his work.  We’re not alone. We are joined by several others even though it is not a class action.  It’s related to pensions, municipal estoppel, due process, and a host of other issues.

I went to the initial meeting with everyone else. I tried not to ‘be a lawyer’. The lawyers are very talented and clearly experienced. They know what they are doing.  Where they lost each and every one of us is clearly not understanding, nor attempting to understand, the value of the case to us versus what they want to charge for their time based upon a billable hour model.  In addition, they were simply unable to communicate with each and every potential client.

Susan: How much is this going to cost?

Susan: Is this based upon billable hours?  You see, we’d really like to have a fixed fee because we can’t afford to have it be open-ended. Individually, each person’s claim is finite, calculable dollars so the value to each of us individually may not be there to support $80,000 in legal fees. We’re not interested in a moral victory.

Lawyer: Well, my rate is $400 per hour.  I would send ‘Tom’ for the pre-trial negotiations. He charges less than I do per hour. Preliminary research could be done by our 3L intern at $100 per hour.

Susan: Have you considered value pricing?

Lawyer: Well, if I did then I’d err on the higher side to make sure I covered my time and costs. I have to pay overhead. (laugh).

Susan: So, you’d base any value pricing strategy on your billable hour calculation and then basically pad it in case you miscalculated your time?

Susan: I’m not sure you understand value-pricing.

Lawyer: But why would you want to pay more if I don’t spend the time on the work? Why don’t you pay for the research which should run around $1200 dollars and I’ll throw in my review of the case for free. If I did your ‘value-pricing’ I’d probably charge $2,500 for the same thing.

This is about how the conversation went.  The lawyer was so entrenched in the billable hour, not hearing that we needed caps based upon the value to us.  In doing so, many of the group were ready to let the case go. Others felt confused as they’ve never been involved in a lawsuit before. They not only felt discouraged listening to the attorneys (the case is a winner but not the way it was presented) but felt like even if they win they were going to lose because the lawyers were not understanding the value to the clients to pursue the case.

The lawyer was selling her time based upon what she considered her worth and what she needed.  The clients were willing to hire her based upon the value they placed on the case which was measurable and defined.  There was a serious disconnect in communication and the lawyer made little to no effort to bridge the communication gap.

I’ve always liked the concept of value-pricing. But I didn’t have the time or inclination to educate her on why she may very well lose this case which is one which would have put a feather in her professional cap and ultimately lined her pockets.

I felt very frustrated because it made me realize how difficult lawyers can make it for clients to hire them.

Then she committed the ultimate faux pas.  She and her partner started talking to each other in ‘legal jargon’ which is just about as rude and unwelcoming as when you are having a negotiation with two non-English speakers and they abruptly stop talking English, turn to each other to converse in their native tongue, and act as if you are simply not there or should not be privvy to this information.  You are left confused, offended, and slightly suspicious when they eventually return to your conversation in English.

I had to intercede politely and say, ‘why don’t you explain to those who may not be familiar with the terms used what they mean and how they impact the strategy of the case.’ No embarrassment, just a surprised ‘oh’ and then they explained as if they were talking to children, not grown adults.  And if I wasn’t there they would have remained totally unaware of how they came across to these potential clients who had no understanding of terms such as  ‘municipal estoppel’, ‘due process’, federal court versus state court and so much more but were certainly not children.  No client wants to feel stupid because they don’t know the ‘language’ so it is incumbent upon the lawyer to address this unspoken inhibitor and not in a way which makes the client feel like a child.

I remember when I was in law school, one of our adjunct professors made a point of telling us when talking to clients talk to them as if you are conversing in a bar, just that regular guy or gal sitting next to you on the bar stool whom you’ve never met before.  Keep it conversational and real.  Make sure the client understands what you are talking about in ‘their language’.  If you want a great story on how to remember this I’ll share one of my favorite.

Long before I became a lawyer I made friends with a co-worker from Australia.  No matter where he went, no matter what company he kept from boardroom to biker bar, he was so comfortable talking with anyone.  I finally asked him his secret because it was clearly a gift.  His answer:

If you want to fit in wherever you go, remember that words are like clothing.  Don’t show up at a picnic in a ball gown and expect to fit in.

If I didn’t know and like one of the lawyers, (we went to law school together and he’s handled other work-related matters for us) I would have recommended we go elsewhere.  But this is how clients become annoyed and distrusting of their lawyers and the lawyers do it to themselves.

Ultimately, I talked to my friend who appreciated what had happened and he moved to rectify the situation with each and ever potential client. Now it is fine.  But not every client consultation has a legalese interpreter available! Your potential client may thank you for your time, you think you’ve closed the deal and you never hear back from them and wonder why. I can’t tell you how many times lawyers have told me this.  I bet you even have a story of your own.

When it comes to communications with clients, don’t dummy down…just smarten up.

22 comments on “I Hate Being The Client. You Should Know Why.”