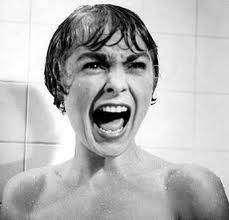 It’s easy to find advice about spotting and avoiding bad clients – the ones who know everything, have wildly unreasonable expectations, and have fired three other lawyers before arriving in your office.  Should you also beware of very good clients?  Is it possible for a client to be “too good”?  Yes and yes.

North Carolina attorney Jeffery King* learned this lesson the hard way when a longtime client led him down a path that ended in multiple lawsuits and disciplinary action.  King’s client, Patrick Lavelle, planned to acquire several tracts of lakefront property in the western part of the state, then develop and subdivide the land with the help of investors.  Lavelle recruited Robert and Stephen Acklin as investors for the project.

Lavelle did not share with the Acklins that he intended to buy the various parcels through his own company first, then sell the land to Rutherford Development at a significantly higher price.  Lavelle also intended to buy an additional tract of land for his own use with the investors’ money.

After a meeting to discuss the transaction details, King began to understand his client’s plan to “flip” the properties and make a substantial profit.  King sent Lavelle a letter stating that the proposed transaction could constitute fraud, securities law violations, and possibly a federal crime.  King advised his client that he would not participate in any further discussions unless a full written disclosure was made to the investors and they all agreed to the arrangement.  King indicated that he would prepare the written disclosure documents.

King never prepared the written disclosures and never consulted with the investors about their understanding of the proposed arrangement.  Instead, he took Lavelle at his word when the client claimed he had made a full disclosure to all parties involved.  Lavelle dismissed the idea of written disclosures or signed acknowledgments.  King decided not to press the matter and eventually put the disclosure issue out of his mind.

The deal moved forward, and the Acklins wired a total of $1,500,000 into King’s trust account.  King later transferred this money to a certificate of deposit at a local bank.  The CD was opened in the name of “Jeffery King, Special Trustee for Rutherford Development.”  Nothing about the CD indicated that the funds belonged to the Acklins, and the address given for the account was Lavelle’s home address.  As a result, all notices on the account were directed to Lavelle and the Acklins received no accounting of disbursements.

Over the course of a few weeks, Lavelle’s personal LLC, Blue Stream Development, acquired the various tracts of lakefront property for the development project.  With the help of an unscrupulous bank officer (and without the knowledge of King or the Acklins), Lavelle used the CD to fund these purchases.  The total amount paid by Blue Stream for the property was $800,000.  King handled each of these real estate closings.

Lavelle then resold the land (excluding one tract) to Rutherford Development for $1,800,000, making a million-dollar profit essentially overnight.  King was the sole attorney involved in this closing and represented all the parties.

Once the transaction had concluded, King accompanied Lavelle to a boat dealership where Lavelle bought his lawyer a new boat worth approximately $30,000.  King also travelled with his client on several lavish trips, including a private flight to Atlantic City.   While King viewed the boat and trips as unsolicited tokens of appreciation, counsel for malpractice claimants would later paint them as payoffs for King’s role in the fraudulent scheme.

King did not set out to act unethically or to assist one client in committing a fraud upon another.  Unfortunately, because Lavelle was such a good client, King’s judgment was clouded just enough to allow him to push aside his concerns and continue with the representation.  He accepted Lavelle’s statement that disclosures had been made and made no efforts to verify this information.  King ignored the inherent conflict in representing both sides to the purchase transaction because he convinced himself that Lavelle was his only client for purposes of the negotiation and “deal terms.”  He was aware of information that would have been vital to the Acklins and other investors at the time of the real estate closing (including the price Lavelle’s company paid for the property a few weeks earlier and the amount of Lavelle’s profit).  In King’s mind, he owed a greater duty to Lavelle, and he protected the “good client’s” interests by withholding this information.  King also failed to safeguard funds held in trust for the Acklins because he was focused on Lavelle’s instructions and objectives.

For Jeffery King, following his client into the realm of bad judgment led to hundreds of thousands of dollars spent defending and resolving multiple lawsuits, and a State Bar proceeding that made the whole affair public and resulted in discipline.

Whether it was the boat and trips, or the attorney’s fees and repeat business, King lost his perspective in dealing with this “good client.”  While every attorney would like to think that his or her judgment could not be affected in this way, the ability to see the situation clearly can be gradually chipped away over time.  Take a step back and look at your relationships with good, longtime clients.  Are you making accommodations that you wouldn’t make for a new client?  What are they?  These accommodations may be small and reasonable in the beginning but can become a slippery slope.  Be especially careful about entering into a dual representation with a longtime client (like a real estate developer) and new, one-time client (like an individual buying a lot) because the ongoing relationship may prevent you from loyally and impartially representing the new client.

*Names, locations, and other identifying details in this post have been changed to maintain confidentiality.

4 comments on “Could the Best Client be Your Worst Nightmare?”