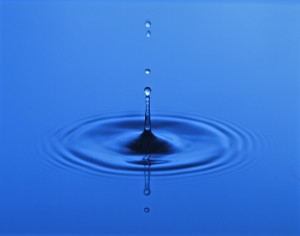 One way to gain a terrific advantage as a solo – and create a less stressful practice at the same time – is by training to use your mind in a steadier, more thoughtful way. In my view, the best training for this is mindfulness.

The Buzz About Mindfulness

According to “The Mindful Revolution,” Kate Pickert’s cover story in this week’s Time Magazine, “we’re in the midst of a popular obsession with mindfulness as the secret to health and happiness ­ and a growing body of evidence suggests it has clear benefits.” But the benefits are not just for Wall Street, Silicon Valley and Congressional heavy-hitters, and schoolchildren – the populations Pickert highlights.  Mindfulness also has huge benefits for lawyers.

Mindfulness Helps You Be More Thoughtful, and Less Reactive

Mindfulness practice – the simple, profound practice of paying attention with curiosity and kindness, and without judging or assessing – allows you to see things more clearly. And seeing clearly is essential to great lawyering.

Take clients or opposing counsel, for example. It’s easy to become frustrated by an angry client or edgy opponent. You have work to do, and their moods interfere with that. If you’re not seeing clearly, chances are you’ll overreact.

But by paying attention without judging, you can see what’s really going on. Maybe the client is overwhelmed (by the stress of his case, or a growing or failing business?). Maybe the opponent is scared (of losing…to you? Or of not getting paid if she does?). There are so many pressures on all sides of the equation.

Mindfulness training gives you the tools to deal more skillfully with those pressures, without taking so many of them on. You develop the ability to be less reactive, taking your client’s anger less seriously and opposing counsel’s erratic behavior less personally. From here you can strategize and work much more thoughtfully. And from there, you can do a much better job.

Mindfulness also helps override bias, which gets in the way of good lawyering. Some bias is of course illegal. But in addition to obvious, illegal biases, many subtle biases operate beneath the surface and can make us less effective.

A lawyer studying Essential Mindfulness for Lawyers (EML) recently told me a story. He was representing a criminal defendant who wanted to plead not guilty to a minor crime. Hearing about the risks of a jury trial left the young man unmoved, which the lawyer was having a hard time understanding. Why would this person risk a long jail sentence imposed by an impassioned jury, instead of opting for a sure thing, a plea-bargained, short stint in the county jail?

So the lawyer took advantage of his EML training and, without judgment, spent a few minutes looking at his own biases. Surprised, he saw that he had assumed the young man – of color, from a devastated neighborhood – would be ok doing a little time, and maybe even view it as a badge of honor.

Then, he used EML to really see and listen to his client. And he realized what the young man believed. He believed in himself. He believed in his own innocence. He did not see himself in jail, ever, or with a rap sheet. He wanted – he needed – to fight for his future.

The defense lawyer’s mindfulness practice enabled him to do two important things. First, he was able to put aside his own bias and effectively defend his client. And second – but just as important – he was able to do that without judging himself for initially having been clouded by bias. No self-recrimination, no self-hatred. Just learning.

Mindfulness Is Great For Relieving Stress

If all mindfulness did was help us be more thoughtful, clear and unbiased, that would be enough. But mindfulness also relieves stress. It does that in several different ways, and I thought you’d be interested in knowing one.

A lot of stress results from wanting things to be different. Looking ahead at a long weekend of work, the untrained mind will either ruminate on the past (“if only I’d been more efficient yesterday”) or reach for the future (“I can’t wait to be done”). Sitting in front of a quiet phone or computer screen, a not-busy solo will become agitated or fearful (“I’m going to fail!”), and an overwhelmed solo will question why she went out on her own.

With mindfulness in your toolbox, you’ll begin to notice when the mind is wandering or afraid. And you’ll learn not to judge that, since “wandering” and “fear” are just a few of the things the mind does. Once you know this, whenever you notice the wandering or fearful mind, all you’ll need to do is gently return to the present.

There’s greater efficiency for sure. Instead of getting distracted by your ruminations or emotions, you’ll get to work, or do some marketing. But you’ll also be learning to let go of wanting things to be different, one of the primary causes of stress.

Sure, you may miss a beautiful Saturday. But you won’t get angry; you’ll just do the work. And, if you’re paying attention, you’ll probably find ways to enjoy it.

The phone may still not be ringing. But at least you won’t be stressed by the thought that it will never ring. And you probably won’t start looking for a cheaper office or a new career. Or if you do, then at least whenever you realize you’re off on that tangent, you’ll sign off without beating yourself up for wasting time. And then you’ll refocus on what’s important, and schedule some lunches with potential referrals or create a new marketing plan.

In other words, when difficulties arise, which they will, the mind will wander off, looking for better times. But you’ll learn what to do: take a breath, return to the present with kindness, even a sense of humor, and then get on with the task at hand.

You’ll be a better, happier lawyer with just a little mindfulness training and practice. And you’ll definitely have the advantage over less-attentive, more judgmental colleagues. I’ll bet your clients will notice, too, because you can tell when a lawyer is more thoughtful, less reactive and more attentive. Also, a dose of mindful attention tends to disarm opposing counsel, always a good thing. And who in the office – or at home, for that matter – won’t appreciate the kinder, more thoughtful you?

Mindfulness is a win-win-win proposition. With everyone else on board, from corporate America to your local first grade, it’s time for lawyers to get some mindfulness training as well. It’s a game-changer. It will help us create smarter, saner practices. And that’s good for everyone.

One comment on “Just in Time: The Advantage of Mindfulness for Lawyers”