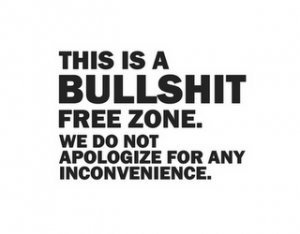 Has the legal market become so bad that lawyers are actually considering taking a ‘full-time associates’ position which pays $192.30 a week….before taxes?

I once heard someone say that most people are not afraid of failure so much as they are afraid of success.  At first blush I’m sure many of you are shaking your head and saying, ‘hell no.  I want to be successful.  No doubt in mind.  I just need the opportunity and I’m there.’

That’s really what we do think.  We want to be successful.  We also fantasize about everything we will do with that success (which usually means having a certain amount of money to buy those things symbolizing our success – whatever that is.  Maybe food?)

But most people are not trained on how to achieve success.  We are trained to want and we are trained to be employees and travel a well-worn path to get ‘somewhere’ known and seemingly safe.  And for some this is exactly what is wanted, to follow a well-worn path with guideposts and guaranteed results.  It’s also why in practically every industry and profession people are panicked because the well-worn paths are no longer leading to success but to no place even resembling the mythical land of promised success.

We are so ingrained to believe employment by another is the answer that we don’t realize (nor are we told)  there are other ways!  Yes, the job market is bad.  But has this type of associate’s position now become an acceptable alternative instead of trying to make it on your own? Or is this law firm just a fluke capitalizing on desperation?

Workers working full-time with four weeks’ vacation at Massachusetts’ minimum wage of $8 would be paid more than $15,000. At the federal minimum wage of $7.25, a worker would earn nearly $14,000 in a year.

The job post reads: “Compensation is mainly based on percentage of work billed and collected … We expect an associate to earn $10,000 in compensation in the first year.”

To be fair, while you might not be able to put food on your table at this wage, make a car payment or pay your rent, and certainly not your student loans, the law firm does offer the following:

In addition to $10K per year, the Gilbert & O’Bryan job posting also notes: “This is an excellent position for a new lawyer or someone returning to a legal career, and a good place to learn how to practice law with real clients. … Benefits include malpractice insurance, health insurance, employer paid clothing allowance and an MBTA pass. Former employees have gone on to prominence in other firms, government and private practice.”

I’m not one to discount honest work.  Maybe this is an ‘incubator’ in disguise. But when I see a job offer like this in a profession such as ours, I’m deeply offended by the law firm who doesn’t respect fellow lawyers enough to offer a living wage.  They may be permitted an exemption from minimum wage because it’s a profession but I find this repugnant.  And if they’re keeping track of their former employees it begs the question – is this a ‘factory’?  How many lawyers have they churned?

I know I’ve have counseled solo/small firms who want to bring on rainmaking associates to offer a smaller salary and then a percentage of the work the new associate generates as well as any benefits they may offer to separate those associates who want to simply work for a paycheck from those associates who want to learn how to not only practice law but be a rainmaker and be their own profit-center.  But I don’t think, at least not the way this job description reads, that this is even remotely like what I have suggested.

On the flip side, some may see this as a welcome drop of water in the desert and a better opportunity than an unpaid internship.  Some may even say, ‘I’ll get experience’.  You might.  But is this the ‘experience’ you really want?  Do you want to work full time for $10,000. And is it the only way to get experience? No.  You might be better getting a full-time non-legal job which pays a living wage and building your own practice - solo as a side dish.

Yes, solo practice is the other road – a rocky road, filled with land mines, few guideposts or assurances, some helpful sherpas and lots of bogeymen. Yet surprisingly, there are quite a few who opt for this path regardless the pitfalls because they truly want it. There are others who feel they have no choice so they go solo. But for cryin’ out loud. For what amounts to $5.00 an hour as an ‘employee’, can’t you at least give it a shot on your own?  I’ll wager you’ll earn more than $192.30 per week before taxes.  And you’ll certainly get a lot more ‘experience’ putting your degree to use on your terms without losing your dignity.

So, excuse me.  That job posting just makes me a little grumpy.