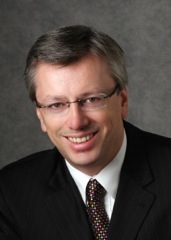 Jordan Furlong is a partner with Edge International, providing consulting services to law firms on strategic planning and tactical matters. He gave a teleseminar on January 12th discussing the future of the legal profession.

He’s also a Senior Consultant with Stem Legal and principal of its Media Strategy consulting service. Finally, he’s also an award-winning blogger who chronicles the extraordinary changes underway in the practice of law at Law21: Dispatches from a Legal Profession on the Brink.

The interview is approximately 76 minutes long. Listen directly below.

4 comments on “Audio: The Future of the Legal Profession – Jordan Furlong”