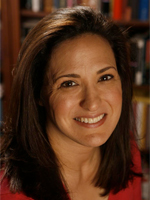 Deborah L. Cohen has worked as a business journalist since receiving a Masters from Northwestern University’s Medill School of Journalism in 1996. She provided a guest lecture about how to work with a reporter from the reporter’s perspective.

In this  teleseminar Deborah discussed how to work with a reporter from the reporter’s perspective. This is an excellent complement to Paramjit Mahli’s Clash of the Titans class taught at Solo Practice University.

Before choosing to become an independent writer in 2007, she most recently worked as an editor on the national business desk at Reuters in Chicago, where she focused on stories about the automotive, health-care and manufacturing industries. As a fast rewrite editor with a sharp eye for detail, Deborah helped to shape breaking news and features that were read by media and financial clients around the world. When former Canadian publishing mogul Conrad Black was on trial for fraud, seniors editors depended on her to coordinate the coverage from the federal court.

In her prior posts as a correspondent for Reuters, Crain’s Chicago Business and Bloomberg News, she covered a wide range of financial news, delivering everything from breaking stories on corporate earnings and product recalls to trend stories, features and profiles of corporations and their top management.

Her stories about McDonald’s, Cisco Systems and other large public companies appeared regularly in major U.S. and international newspapers.

Her coverage of restaurant and food companies frequently overlapped into the areas of general interest and science, with extensive coverage about consumer health trends, the U.S. obesity crisis and mad cow disease.

A 2008 story Deborah wrote for Indianapolis Monthly about Indy’s penchant for chain dining recently won an SPJ award for best lifestyle feature in a magazine. The story was also a 2009 finalist for the National City & Regional Magazine Association awards. In 2003, she was also a finalist for the Chicago Headline Club’s Peter Lisagor Award for Exemplary Journalism.

From 2005 through 2009, she served as an officer and board member of the Chicago Headline Club, the nation’s largest chapter of the Society of Professional Journalists.

Deborah is well known in the legal community for her insightful articles on the legal profession and is a frequent contributor to the ABA Journal. You can read more about Deborah here.

This guest lecture is about 59 minutes. Listen directly below.