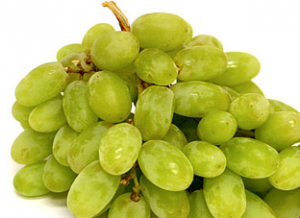 Attorney Craig Tucker* knew immediately that he was going to have problems with his new client. The client slipped on a few fallen grapes in the produce section of a large grocery store.  She was in her late 30s and suffered only minor injuries.  Her treatment was limited to chiropractic care.  Tucker knew after the initial meeting that her case would be worth a few thousand dollars.

Unfortunately, the client had very different ideas.  She had heard about huge verdicts in slip and fall cases.  She knew she had been injured, and it was the grocery store’s fault.  This was her winning lottery ticket.

In preliminary conversations, Tucker tried to gently suggest that the case might not be worth as much as the client believed.  These attempts were completely unsuccessful.  His client either continued talking about her million-dollar settlement as if she hadn’t heard him or she angrily insisted that he needed to get her every penny she deserved.  Tucker decided that it was pointless to try to change her mind.  Hopefully, with some time, she would come around and understand the modest value of her case.

When it was time to put together a settlement package, the client had not budged.  She believed her case was worth $1,000,000, and she would not consider anything less.  Tucker knew this demand was unreasonable, but he was frustrated with the client and not interested in having another conversation where she refused to listen.  It just seemed easier to do what the client wanted, so Tucker put together a demand for $1,000,000.  He knew the insurance company would counter with something much lower.  That lower offer might get the client’s attention and cause her to take a more rational position.

What Tucker didn’t know was that the client was spending money at an alarming rate.  She took out several new credit cards and quickly maxed them out purchasing clothing, jewelry, electronics, and furniture.  The client also borrowed $200,000 to buy a new RV.

Tucker wanted to avoid dealing with this problem client, so his assistant ended up handling most of the communications.  The assistant knew about the out-of-control spending, but she wasn’t sure what, if anything, she should do.  She knew Tucker was under a lot of stress, and she wanted to protect him from the situation.

Of course, the client did not reduce her demand (she could not afford to do so), and no settlement could be reached.  There was a calendaring mix-up when the time came for Tucker to file suit, and he missed the statute of limitations.

He was now facing a malpractice claim.  Although the amount of the claim should have been a few thousand dollars (the amount the client should reasonably have expected to recover), Tucker was now the one facing a $1,000,000 demand.  The client was as insistent as ever that she was entitled to a huge recovery and her proof was Tucker’s own settlement package.

Managing client expectations can be a difficult and uncomfortable task.  Clients may have wildly unrealistic expectations about what you can do to help them, how much their claim is worth, and how much time it will take to achieve the desired outcome.  It is critical to have a direct and honest conversation with your clients directly about their goals and to make sure everyone is on the same page.

Consider asking an open-ended question like “A year from now, where would you like to be?”  Then, really listen to what the client has to say.  It might be having a case dismissed, having a certain amount of money in hand, or having a deal completed.  It might be something else that you never would have anticipated.  Asking the question gives the client a chance to really think about what he or she wants to achieve, which is far more valuable than the lawyer giving a monologue about his ability to crush the opponent.  Once you have this information, you can break it down into specific objectives and discuss whether each one is reasonable and cost-effective.

Craig Tucker’s difficult client controlled the relationship because Tucker avoided the tough conversation and did not firmly set expectations for the case.  He could have given her a written claim evaluation and settlement recommendation.  He could have refused to make a settlement offer he knew to be unreasonable.  He could have encouraged his staff to share concerns so he could react before things spiraled out of control.  If it was ultimately not possible to reach an agreement with the client about the value of the case, he could have timely terminated the representation.  Any of those actions is better than ignoring a bad situation and hoping it will go away.

7 comments on “What Did You Expect?”