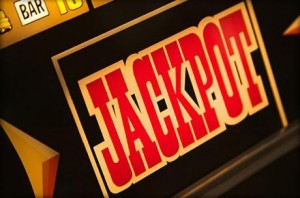 Looking back, she can clearly see that it was too good to be true.  But when she opened that email message, April Frazier thought the case might be just what she needed to get her practice on track.

The prospective client, Eddie Barrington, was seeking Frazier’s help in enforcing a worker’s compensation settlement.  Barrington claimed to be a former employee of Crest Iron and Steel Company and reported that he was injured on the job at a warehouse in North Carolina.  Frazier responded to the message and asked for additional details about the claim.  Barrington’s reply included a detailed description of the accident and the settlement.  According to the message, Barrington had received $200,000 of a $550,000 settlement, but nearly a year had passed since the last payment.  An executed settlement agreement and release was attached to the email.  Barrington explained that he was currently living in Japan and was contacting Frazier after consulting with an attorney in Japan.

Frazier agreed to accept the representation and forwarded Barrington her fee agreement.  The agreement provided that Frazier would receive a 20% contingent fee on any sums collected.  With some quick math, Frazier realized that this matter could generate $70,000 in fees.  That would go a long way in helping her pay the operating expenses for her firm, which was barely scraping by.

Within a few days after the initial contact, Frazier received the signed fee agreement from her client.  Barrington also provided the name and email address of a contact at Crest Iron and Steel.  Frazier composed a demand letter and sent it to the contact by email.

A few weeks later, Frazier received a Federal Express envelope containing a cashier’s check in the amount of $175,000 from Crest Iron and Steel.  The cover letter explained that this check was a partial payment of the amount owed to Barrington and a second check would follow shortly.

Frazier deposited the check into her trust account the following day.  She had a policy of holding all checks for ten days prior to distribution, and she sent Barrington an email message advising him of that policy.  Barrington responded immediately with wire routing information and he insisted that the funds were his and should be transmitted without delay.  Believing that a cashier’s check was “as good as cash,” Frazier decided she could make an exception to her policy and disburse the funds to Barrington.  She attempted to wire $140,000 to a bank account in Japan per Barrington’s instructions.  She also deposited $35,000 into her operating account as earned legal fees.  This $35,000 payment was quickly used to pay Frazier’s bills, including rent and payroll for her part-time assistant.

The following day, Barrington contacted Frazier complaining that he had not yet received the wire and requesting the transfer information from the bank.  Due to an error in the account information provided by Barrington, the wire had not gone through.

The next morning a second cashier’s check arrived from Crest Iron and Steel, also in the amount of $175,000.  Again, Frazier immediately wired the funds to Barrington in Japan, and this time the transmission was successful.  She also made a second $35,000 deposit into her operating account for her contingent fee.

Later that same day, Frazier’s bank notified her that the first cashier’s check was counterfeit and had been returned unpaid by the issuing bank.  A few days later, the bank called again and confirmed what Frazier already knew – the second check was also counterfeit and had been returned unpaid.  As a result of the fraud, a total of $210,000 had been taken from Frazier’s trust account.  That money belonged to Frazier’s legitimate clients who had entrusted her with their funds, and they were the ones who ultimately suffered the loss.

Things quickly fell apart for Frazier once the fraud was discovered.  North Carolina Rules of Professional Conduct require that an attorney “must immediately act to protect the property of the lawyer’s other clients by personally paying the amount of any failed deposit or securing or arranging payment from other sources upon learning that a deposited instrument has been dishonored.”  The fact that an attorney is unable to repay the funds does not excuse her from complying with this provision.

Frazier was able to borrow $35,000 to repay one of the deposits into her operating account.  The other $35,000 payment was “gone,” and she had no means of repaying it.  She certainly did not have access to $140,000 to cover the funds wired to Barrington.  Frazier shut down her practice and moved out of state in an attempt to avoid the fallout from the scam.

She filed a claim on her malpractice insurance policy seeking coverage for the loss.  However, her policy included an exclusion for any claim arising from the disbursement of funds that are not “irrevocably credited” to the account.  Because Frazier disbursed the same day the cashier’s checks were deposited, the funds were only “provisionally credited,” not “irrevocably credited.”  The issue was litigated, and an appellate court concluded that the claim fell within the exclusion and was not covered under Frazier’s policy.

Like most attorneys, Frazier didn’t believe she could ever fall for an email scam.  Unfortunately, the scammer found her in a weak moment, when her finances were rocky and she desperately wanted to believe that the case was legitimate.  She ignored the red flags and violated her own policy about disbursing funds.  Frazier is not alone.  Many other attorneys have suffered similar losses in the past few years.  Counterfeit check email scams are becoming increasingly sophisticated and harder to spot.  For a summary of red flags and steps you can take to protect yourself, check out Lawyers Mutual’s email scam risk management video.  Additional information about the particular scam described in this post, including email text and attachments, can be found at avoidaclaim.com.