Ryan McKeen of the McKeen Law Firm is back with us again.  This time he shares how he can take on larger matters by creating legal teams for cases on an ‘as needed’ basis.

This is a must-listen to guest lecture because there is a ‘no man’s land’ between being an office of one – you – and growing into having full time staff and permanently increased overhead.  Ryan shares smart and highly effective ways to grow and be profitable during the journey through ‘no man’s land’.  Listen and learn.

The audio is about 34 minutes. Listen directly below. 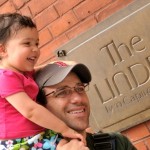 Ryan McKeen of the McKeen Law Firm knows his way inside, outside, up and down Connecticut’s courthouses. For the past 10 years he has given his Connecticut license a work out. He is smart and tough, both in the courtroom and when running races.

In 2013, Ryan was honored by fellow members of the Connecticut Bar as being an innovator in the practice of law. In 2014, the Hartford Business Journal named Ryan McKeen one of its “40 under 40″.

All people want to talk to Ryan about at parties is former Connecticut Secretary of State Susan Bysiewicz. In 2010, Ryan challenged Susan Bysiewicz’s credentials to serve as Attorney General. After analyzing the law, he took a controversial position that in order to serve as Attorney General a candidate must possess litigation experience. This position was ultimately validated by the Connecticut Supreme Court.

When Senator Blumenthal and the Connecticut Coalition Against Domestic Violence were looking for a few good men, they found Ryan. In 2011, Ryan was honored as a “First 100 Recipient” and recognized along with many state leaders for making a difference in the fight against domestic violence. Ryan is also passionate about the rights of runners, pedestrians and cyclists — enjoying both their company and advocating on their behalf. Ryan is a member of the Glastonbury River Runners, and runs the Hartford Marathon.

Ryan lives in East Granby with his wife Allison, their daughter, son, and dog Brady. Though Brady is named after a Patriot, Ryan’s true sports love is the Red Sox.

Ryan is a member of the Oliver Ellsworth Inn of Court, the Connecticut Trial Lawyers Association, and the Hartford County Bar Association. Prior to opening McKeen Law Firm, LLC, Ryan was an associate for 6.5 years at a well respected East Hartford law firm and a partner at a firm in Hartford.

Ryan can be reached at: ryan@mckeenlawfirm.com