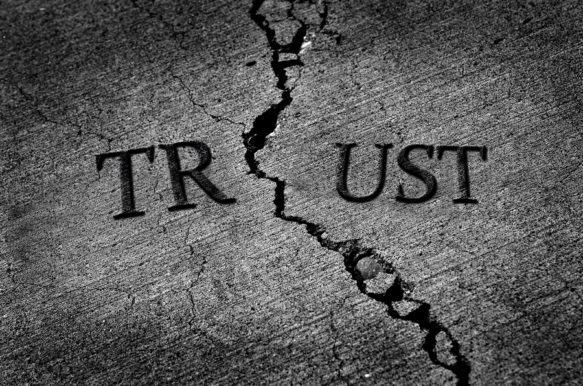 As I’m apt to do, I have a story to share.  A solo employment law attorney, let’s call her Betty, has substantial trial experience and she sometimes agrees to step into a co-counsel relationship with a personal injury attorney who, in Betty’s mind, is a good friend and a competent attorney.  This friend, whom I’ll call Richard, asked Betty to get involved in a new matter solely for the purpose of acting as trial counsel should the matter progress that far.

While Betty was present for an initial client meeting, she was there primarily to sign her name to a basic contingency fee agreement. Beyond that initial meeting she stayed completely on the sidelines waiting to see if her services would ever be needed. She had no contact with the client, kept no file, and had no contact from her co-counsel. Then, about two weeks after the statute ran, she learned that Richard had failed to file suit. He shared that he had requested instructions from his client as to whether he should file suit or accept an offer that was on the table, and the client, who was extremely difficult to stay in contact with, never got back to him. Richard’s reasoning was that since he has had other clients specifically state they did not wish to file suit should the matter not settle, he couldn’t file absent explicit instructions from his client.

Of course, after learning what had happened, the client stated he was sorry for not giving his authority to file suit and for not making a timely decision when he should have; but he was going to contact a new attorney and discuss his current options. Eventually Betty found herself on the losing side of a malpractice claim.

Now, I will readily admit that many times co-counsel relationships work out just fine.  At the conclusion of representation everyone, including the client, feels satisfied in how it all went.  My interest, however, is in looking at the times when it doesn’t go well and Betty’s story is one worthy of discussion.

As the details of this claim were shared with me, my initial response was this could have happened to anyone.  Here’s why I said that.  I suspect Betty felt she was simply agreeing to help out a good friend should it become necessary.  She knew the attorney well, had prior successful outcomes working with him and trusted his abilities, so why not?  Regrettably for Betty, I also suspect it was this faith and trust in the professional relationship that got her in trouble.  She was simply too comfortable with the situation, and frankly, this isn’t an uncommon occurrence.

Yes, faith and trust in professional relationships are a good thing as long as they don’t become an excuse for failing to responsibly manage the risks inherent in any associated attorney-client relationship.  For example, instead of simply showing up to sign the fee agreement, at a minimum Betty should have made sure the fee agreement set forth the roles and responsibilities of each attorney.  Had the fee agreement stated that Betty’s scope of representation would be limited to trial assistance only and that Richard would be solely responsible for handling the client’s matter up to and including filing suit, things might have played out differently.  In fact, if Betty had also maintained some sort of basic file throughout as a way to ensure that she could track all critical deadlines and stay apprised of Richard’s progress, the claim could have been avoided entirely.  By not doing so, Betty lost the opportunity to intervene when it would have made a difference.

Truth be told, I feel for Betty.  She tried to be a good friend and ended up taking one for the team, so to speak.  I say that because, and here’s the kicker, Richard also happened to be uninsured.

Now knowing everything that’s relevant to this story, I can see how some might be tempted to describe this entire situation as a great example of the old saying “no good deed goes unpunished.”  It’s not.  Come at it from the client’s perspective.  Two attorneys have partnered up to see what they can do to get their client compensated for his injuries.  As far as he’s concerned, it matters not who does what.  That’s just the way it is, at least in the absence of documentation that clearly states otherwise.  As I see it, this claim would never have happened but for the negligence of two attorneys, not one.