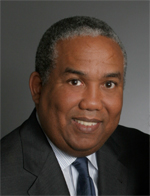 Deon has more than twenty five years experience in corporate law, including general securities law, initial public offerings, secondary registrations and roll up transactions, public and private mergers and acquisitions, and he also works closely with community development corporations in their development projects and financings. His client’s range from fortune 100 corporations to small family owned businesses and community development corporations. Deon began his career with Andrews & Kurth LLP where he was employed for eleven years in the corporate securities section, with the last five years, from 1992 to 1997, as a Partner at the firm. During his tenure at Andrews & Kurth, Deon was appointed by the Governor of Texas to the Texas State Securities Board, served one full term from 1991-1997 and served as chairman of the board from 1995 to 1997. Deon began his solo practice in 1997. He is a member of the Colorado and Texas bars, as well as a member of various state and local bar associations.

Deon has a BA in Economics from the University of Colorado (Boulder) and a Law Degree from Howard University School of Law. At Howard, he was a member of the Editorial Board and Book Review Editor of the Howard Law Journal and graduated 19th in his class. Deon was a law clerk in the United States District Court for the Southern District of Texas for the Honorable Gabrielle Kirk McDonald – 1984-86. He has published and lectured for state and local bar associations and for several local Universities on various legal topics, including securities law, buying and selling businesses, corporate law and legal ethics.

Deon has been active in many civic and community organizations in Houston, Harris County, Texas including, serving as president of the Houston Lawyers Association (HLA), president of Easy Risers Toastmasters Club, two terms as co-chair of the Texas Minority Counsel Program of the State Bar of Texas (TMCP) and a lead participant in the Houston Habitat for Humanity’s Settegast Project 2008. He also participated with and served on committees or boards with HLA, TMCP, The United Way of the Texas Gulf Coast, the Houston Area Urban League, Big Brothers and Big Sisters of Houston, Inc., National Association for the Advancement of Colored People – Houston Chapter, American Bar Association, National Bar Association, the Adopt a School Committee and Advancement of Minorities in the Legal Profession Committee of the Houston Bar Association.

To learn more about Deon, visit his law firm website.