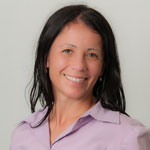 Shauna Itri is an attorney at Berger & Montague, P.C. in Philadelphia. She will teach a course called “Introduction to Whistleblower Acts”.

Shauna concentrates her practice on complex litigation and has substantial experience representing whistleblowers in cases involving fraud against the United States government and those involving claims brought under whistleblower reward programs with the U.S. Securities and Exchange Commission and the Internal Revenue Service, including Foreign Corrupt Practices Act violations.

Shauna has published several articles about whistleblower laws and programs and has been a frequent speaker on these and other topics.

Shauna is presently an adjunct professor at Villanova University, teaching a white collar crime and corporate deviance course. Shauna was named a “Pennsylvania Super Lawyer Rising Star” in 2010, 2011, 2012 and 2013 by Philadelphia Magazine after an extensive nomination and polling process among Pennsylvania lawyers. She was placed on Philadelphia’s First Judicial District’s 2010 Roll of Honor for Pro Bono Service for her service in the community.

An outline of the syllabus is listed below. Click here to read the detailed syllabus (PDF).