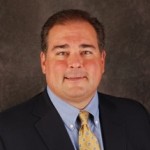 Kevin P. Camden is the owner of Camden Law Office, LLC. Camden Law Office was re-established in March 2015 after Kevin returned to the firm from his position as General Counsel with Teamsters Local 700. Prior to serving with the Teamsters for five years, Kevin operated Camden Law Office in Woodridge, Illinois, concentrating in real estate development and property management; residential real estate; and, labor and employment law.

While with the Teamsters, Kevin worked directly with the Cook County Corrections bargaining unit, composed of 3,300 correctional officers, working in the union office at the largest single-site pre-trial detention facility in the country. Additionally, Kevin represented police officers, sheriff deputies, firefighters, and other government employees for one of the largest public-sector Teamster locals in the country.

Kevin litigated cases on behalf of management during his career as well, including boards of education, governmental units, and municipalities. He has litigated in excess of 200 grievances, scores of unfair labor practice cases before the Illinois Labor Relations Board, as well as routinely appearing in court. The firm represents businesses in routine labor and employment matters and investigations before the Dept. of Labor, Human Rights, and Dept. of Employment Security.

Graduating from the John Marshall Law School in Chicago, Kevin has worked for several law firms, practicing in the area of governmental affairs, labor relations, and collective bargaining. An honors graduate of Northern Illinois University, Kevin has a BA in Economics.

In addition to raising three children with his wife Shelly, Kevin is the Chairman of the Tri-State Fire Protection District; is Vice-Chair of the Cass School Dist. 63 Educational Foundation; served as President of the Fraternity of Alpha Kappa Lambda for four years (2008-12) and remains on the National Executive Council; is on the parish council at Our Lady of Mt. Carmel; and, enjoys fishing, hunting, and nature photography.

Elections to be union