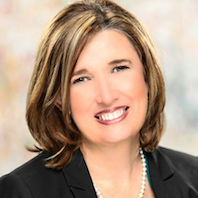 Donna Chesteen, a founding member of The Tech Law Firm, PLLC, is a licensed attorney in both Florida and Mississippi. She has more than two decades of software engineering experience and was a technical leader at Symantec prior to becoming an attorney. She also earned a Masters in Computer Science and an MBA.

Donna’s path to becoming an attorney is far different from most other attorneys’. For this reason, her knowledge of technology and her approach to the practice of law is far different as well.  Donna received a Bachelor of Science in Computer Science from the University of Southern Mississippi and immediately thereafter started work as a software programmer/analyst at Stennis Space Center in Mississippi. After three years in this position, Donna decided to move to central Florida to pursue her Master of Science in Computer Science at the University of Central Florida (UCF). She worked in West Melbourne, Florida, as a user interface (UI) programmer for Medicomp, a company that produced ambulatory cardiac monitors. From there, she moved to Winter Park, Florida, when she accepted a position with Micro Design International, Inc., (MDI) first as a software engineer on a product that allowed managers to view and redline graphics formats on a non-native platform. This product gave managers the flexibility to manage many document types from the same console and saved them money because they didn’t have to purchase many different products for this purpose. Later at MDI, she became a UI software engineer on a management console that controlled SCSI devices. At about the same time, she graduated from UCF with an MS in Computer Science. Earning this MS was one of the proudest moments of Donna’s life.

A few years later, Donna accepted a position as a software engineer at Seagate Software in Heathrow, Florida. Seagate Software was later acquired by VERITAS and, later still, VERITAS was acquired by Symantec. Donna was a software engineer on the Backup Exec product during her entire twelve year career at Seagate/VERITAS/Symantec. Throughout most of her career with Backup Exec, Donna was a UI developer but she was involved with many different phases of the software development lifecycle during this time. During this time, she also became very familiar with data retention polices, deduplication, and other data management technologies that directly apply to her eDiscovery practice today.

While working at Symantec, Donna decided she was ready to take her career in a slightly different direction. She knew she wanted to stay in technology but she wasn’t sure in exactly what capacity. To help her decide what direction to take, she entered the MBA program at UCF. She knew her background was very heavy on the technical side and thought learning more about the business side of things would give her more insight into how decisions are made at an executive level and, perhaps, show her direction. This educational experience certainly showed her direction but not in a way she could have ever imagined. While at UCF, Donna enrolled in a business law class and she immediately knew what she had to do.

Six months after receiving  her MBA, Donna enrolled in Barry University School of Law in Orlando, Florida. She went into the program knowing what she planned to do upon graduation; she knew she would practice law with a focus on her strong technology background. She became very involved in the eDiscovery community in order to build relationships and to learn as much as she could about this rapidly developing area of law. Upon her graduation and passing the Florida bar, she co-founded The Tech Law Firm. Since then, Donna has continued to be active in the eDiscovery and technology communities to ensure that The Tech Law Firm remains the firm that is the intersection of law and technology.