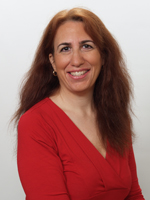 Carolyn Elefant is a lawyer, author and blogger. She will teach a course entitled “Collaboration and Starting Your Own Associations” at Solo Practice University®.

Carolyn is founder and principal attorney in the Law Offices of Carolyn Elefant (LOCE). Prior to founding LOCE, Carolyn worked as an associate attorney for the law firm of Duncan and Allen, a national energy boutique located in Washington D.C. from 1990-1993 and served as an attorney advisor with the Federal Energy Regulatory Commission from 1988 to 1990. In addition, from 1994 through 1997, Carolyn held an adjunct faculty position with the University of Maryland University College Paralegal Studies Program where she taught contract law.

Carolyn’s law practice is focused on energy work, including emerging renewable energy development and compliance/enforcement issues, appeals, and civil rights litigation. To learn more about her law practice, visit her website, Law Offices of Carolyn Elefant, the trade association that she co-founded and for which she serves as regulatory counsel Ocean Renewable Energy Coalition and her law firm blog, LOCE Offshore Wind and Wave Energy Blog. In addition, she blogged for many years at American Law Media’s Legal Blogwatch.

Carolyn is the creator of MyShingle.com, a popular weblog for and about solo lawyers and small law firms. MyShingle was the first of the now dozen or so blogs by other solo and small firm lawyers who generously offer their wisdom on a range of issues like starting a firm, working from home, maximizing use of technology and share their own personal experience of the process of going solo.

MyShingle lead to a book deal and in January 2008, her publisher, Decision Books released her book, Solo by Choice: How to Be the Lawyer You Always Wanted to Be. The first major book on solo practice in five years, Solo by Choice is a why to book that explores the benefits of starting a law practice, as well as a how to book on leveraging 21st century trends like outsourcing, social networking, alternative billing and the Internet to start and create a successful practice. The 2011-2012 edition of Solo by Choice is now available.

Syllabus – Collaboration and Starting Your Own Associations

“Congress shall make no law respecting an establishment of religion, or
prohibiting the free exercise thereof; or abridging the freedom of
speech, or of the press; or the right of the people peaceably to
assemble, and to petition the government for a redress of grievances.”

Even the U.S. Constitution recognizes the right of individuals to assemble and associate freely.  This class will talk about using collaborative technologies to create your own associations – from alliances between law firms to business networking groups to non-profits to…your own bar association!

a.  Why create associations when there are already so many to join?

-pick who you want to work with
-avoid “low man on totem pole” system
-cheaper to create your own group than to join one
-Chance to be a leader – Seth Godin – Tribes
-increasing dis-aggregation of large structures – biglaw, major bar associations – still a need for collaborative groups

b.  Why are some examples of associations?
-law firm alliance model
–”The posse”/masterminds/Board of Directors concept
–business networking groups
–aggregating small clients through trade associations

5.  Case studies and hands on examples