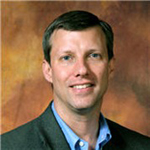 Brooks is married and has two young children who he hopes will also attend the University of Texas.

But beyond that, I think it’s a class for all practicing lawyers. The discussions that we have will provide great examples, in a variety of practice areas, of “what not to do” in your own practice.

Throughout the sessions, we’ll look at the following:

B. Looking For Claims: Common (and not-so-common) Legal Malpractice Scenarios

Every practice area has recurring fact patterns (a missed statute of limitation, perhaps?) that come up again and again, and we’ll take some time looking at common legal malpractice fact patterns. But often, the difference between the successful prosecution or defense of a legal malpractice claim depends on the lawyer’s ability to fully understand the “hidden” claims that you might not find in your standard checklist of potential claims. So we’ll also take some time to look at those.

One of the great things about representing plaintiffs is that (unlike insurance defense lawyers who have to defend whomever the insurance company sends them) the attorney gets to pick and choose which clients to represent and cases to pursue. On the other hand, that freedom makes case evaluation critical. We’ll look at the top 10 or so things to really consider before you take on a legal malpractice claim.

We’ll talk about how to run a legal malpractice case with special attention to the trial of the “case within a case” or “trial within a trial” requirements. From the plaintiff’s perspective, we’ll look at key issues in the effective prosecution of a claim. From the defendant’s perspective, we’ll look at ways to defend malpractice claims and some common mistakes that plaintiff’s lawyers make that may help defense of the claim.

We’ll briefly look at some key practice steps that will help you in your plaintiff or defense legal malpractice practice.

F. The Unthinkable: Legal Malpractice From Your Perspective

This area will address 10 tips for the avoidance of malpractice claims, suggestions on what to do if you figure out you have committed malpractice or a claim is filed against you, and the basics of errors and omissions insurance.

I also intend to answer as many questions as possible. That may include an extra session spent answering submitted questions or including a short part in each session to answer questions submitted after the previous session.