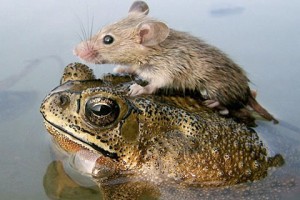 As you embark on your solo career never having experienced the fabled and elusive ‘tutelage’ under the wing of an experienced BigLaw employer, you are going to be extremely panicked you don’t know what to do.  So, what have new lawyers been doing for the ages, those who never have worked for another?

If you commit to a 40 hour work week in the beginning of your solo practice career, unless you have hip-pocket business, the reality is you will see most of your weeks will be devoted to marketing and legal education and very little billing. In time, the ratio will change from 80/20 to 20/80 only because you must always have committed time to marketing and continued education.

So, let’s talk about education. What does a new lawyer do other than wait for the phone to ring? She starts acting like a lawyer. Get yourself down to the courthouse(s) you plan to frequent; park yourself in the courtroom(s) of various judges and watch and learn. (You should actually be doing this during the time period between taking the bar and learning you passed the bar.) You will see the good, the bad and the ugly in legal skills play itself out, see who the ‘players’ are and how the court room is run. Watch short calendar or motion day. Watch a trial. Watch hearings. Watch whatever you are permitted to watch and take copious notes about judges, lawyers, language, protocol and more.

When you see a trial or hearing or lawyer you find good, get yourself down to the clerk’s office and pull the file. Read the file. Follow the flow of the case through paperwork. Spend a few dimes and make copies of motions, briefs and more and start building your form file from lawyers who are talented and respected. (Note: this is not a license to copy verbatim legal briefs as some may assert copyright privilege if they can.)

Talk to the courthouse personnel (including the marshalls) and find out who the core group of lawyers are in the courthouse. (There is always a core group of players in every courthouse, every practice area.) Find out when they are scheduled to argue and watch them argue. Learn through observation.

And some interesting things may just happen. First, if you are dressed like a million bucks, you may be approached by potential clients (do not solicit) who ask you if you are a lawyer and if you can help them. Second, lawyers and judges start seeing your face. They may even ask why you are present even though it is your right to be.

Introduce yourself to everyone and start to get known.

True story: Two of my clients were waiting for their bar results and were sitting in the court room. It was very disconcerting to the lawyers currently arguing because they were the only ones present and noone knew who they were. After the hearing was over the judge asked them who they were. They told the judge they were waiting on their bar results and were observing and were planning to open their own practice (partnership) as soon as they heard the results. The judge proceeded to tell them about the lawyers who were just arguing in front of him, told them they were lousy and why, gave them some pointers and then after a little more conversation invited them and their spouses/family to be sworn in at a private ceremony officiated by himself once they heard the results. Sweet.

Don’t be afraid to make mistakes or be fearful that ‘you don’t know everything.”

True story: When I started out and had one of my first court appearances on a short calendar day, the judge asked me if I wished to have the motion “taken on the papers.” I had no idea what he was talking about? I didn’t know the lingo. I stared blankly at him until a nice lawyer next to me pulled on my suit jacket and said, “just say ‘yes’.” I did. I didn’t know what I was agreeing to. The judge smiled. No harm, no foul. ( It simply meant the papers speak for themselves; no oral argument necessary.)

Learn from others through observation until you develop your own unique voice.

True story: When I first started practicing I had no idea how to do a deposition, never watched one, only had some protocol information from a book. This particular case was very big and I was sweating (but no one could tell.) I had all the information, some pretty nasty surprises for the other side but didn’t know how to commence. The other attorney was very seasoned and a nice guy. You could tell he was at the, ‘this is mundane and boring’ stage. I casually suggested he could go first and then I made it a point to object and argue (just so I could see how it was handled and he very obligingly was patronizing and professorial at the same time.) So when it was my turn I gave it right back at him!

When it was over (and I had gotten absolutely everything I needed and some bonus information) I mentioned to him, ‘by the way, this was my first deposition’. His jaw dropped. He said,”You’re kidding me, right?” I said, “absolutely not.” That was a sweet moment. He also offered me a job which I politely declined.

I would not have been taught this doing document review in the cubicle of some large firm in order to ‘get some experience first’ before I went out to practice law. This is the greatest myth out there. You have to be clever and have faith in yourself and do copious amounts of research. The key is your research. Your technique may be adolescent but your research will save you.

The same for examining witnesses. Worked like a charm.

In the beginning you don’t have to reinvent the wheel. Hitch a ride on someone else’s ego while you figure out the techniques. And as you develop your skills with practice, eventually others will want to copy you.

But spend your time marketing and self-educating through observation and acting like the lawyer you are.

And as an aside, here is a comment along these lines made by Victoria Pynchon on how she learned her trial and litigation skills retold in an article by the Illinois Trial Lawyer.

This is pretty much ENTIRELY how I learned to practice law — by watching my opponents. It takes a little while as you add discrimination to your monkey-see-monkey-do, i.e., “the usual stipulations, counsel?” — no no no, it’s meaningless. You also, of course, have to develop your own “voice” but trying on other people’s is a good way to start — it’s a lot like creative writing in that way. You sound like Hemingway and Kerouac in your twenties and your very self in your 30′s. The best piece of advice anyone ever gave me was this — no one can be a better Vickie Pynchon than you and you can NEVER be as good as — say — Gerry Spence is at being Gerry Spence. It’s much much easier to act through your own personality — but before you find your way — trying on those of people who are adverse to you — and then positively resisting behaving like people who you see are not effective — is one of the best ways to find your own voice as a litigator and trial attorney.

One more great piece of advice from attorney Jim Reed of the Ziff Law Firm in Elmira, New York:

Don’t be afraid to ask one of the courthouse “regulars” if you can sit second chair for them (that just means you sit at counsel table and assist). You will be shocked to see how often an experienced trial lawyer will actually enjoy having some company and assistance. Offer to do anything no matter how menial: fetch lunch, pick up witnesses, make copies. Bottom line is that you will learn TONS and you will make friends with a “regular” who can greatly shorten your learning curve.

So, for the benefit of all the new lawyers out there who think they need to know EVERYTHING before they venture out….readers please share some of your ‘newbie’ stories and how you survived.

4 comments on “Learning How To Be A Lawyer Under Fire. Hitch A Ride On Someone Else’s Ego.”